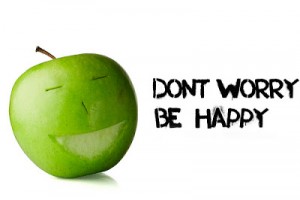 I think too much time on your hands can be unhelpful when trying to keep OCD thoughts at bay, here is an example of this.  Italic text shows my peck-peck OCD thoughts.

Feeling cold whilst sitting on my sofa, I pulled on a cardigan from my wardrobe and returned to the sofa.  Simple you would think, but no, far from it.  As I sat there feeling the benefit of the extra warmth from the cardigan I started to doubt whether it was freshly washed when added to my wardrobe (I’ll do a separate post about the complications of my wardrobe rituals).  I smelt the arms, which smelt of washing powder, but that wasn’t enough because the peck-peck of my contamination OCD thoughts were not through with me.  I tried hard to ignore the thoughts, and distract myself knowing that the warmth was improving and I mustn’t let the OCD win.

I tried but failed to beat it, so I took the cardigan off to see if there was any creases that would indicate it had been worn previously – no, the opposite.  There was signs that it was washed and put away without being ironed, as this cardigan was for casual wear around the house, so no creases on the inside of the elbow, or creases on the back to indicate I’d sat in it.

So I put the cardigan back on and tried hard to relax and ignore the next peck-peck of OCD thoughts.  This time they played hard-ball.  When was the last time I wore it?  Could it have been in a public place where germs were transferred to the back or the arms?  Did I wear it on a public chair where someone else’s waistband had touched the chair, and that person had been to a dirty toilet and passed germs from the toilet to the public chair that I sat on?  I was now rubbing the germs I’d picked up off the chair onto the cushion behind my back, the leather of the sofa I was sitting on, and the throw on my lap?  I pictured the scenario of later resting my head on the contaminated cushion, dirtying my hair, that would then contaminate my pillow on my bed.  That is an ‘Ultimate No-No’.

Stop thinking like this I kept telling myself, relax.  I tried thinking about something more interesting and pleasant, but the peck-peck of germs being on my cardigan and transferring to my “safe” environment would not go away.

I know from the CBT workbooks that I’ve read, that I need to ride out this storm and last as long as possible before caving in to the OCD thoughts.  Remind myself the cardigan smells and looks perfectly clean from the section of the wardrobe that I add ONLY clean clothes to.  Try to relax.

After five minutes more, the cardigan came off and was put into the washing machine.  The leather sofa was sprayed with Dettox and rubbed clean (a frequent activity that does no harm).  Then the cushion I was leaning on was sprayed with Dettox, rubbed furiously with kitchen roll, and moved to dry out – I managed not to put that into the washing machine because it was “out of site and out of mind” to dry.  Luckily the throw had not been contaminated because I took the cardigan off in time, but I headed into the wardrobe and pulled out enough clothes to make up a load for the washing machine.  I feel sure the clothes were already clean, but I didn’t want to re-enact the above situation in the future.  My rationale is get rid of any doubt and reassure myself, but I was weak.

So in conclusion, because I wasn’t busy and was trying to relax, I ended up being busy, and OCD won (this time)! 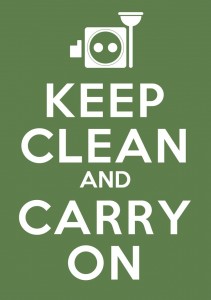